Problem H
How to Paint?

Being a Pokenom trainer is very stressful. You always need to take good care of all your Pokenoms and always be prepared to battle other Pokenom trainers.

To cope with the stressful life, Bash learns to paint in his free time. Today Bash is working on his masterpiece: ‘The two staircases’.

The painting is divided into a grid with $M$ rows and $N$ columns. Rows and columns are numbered starting from $1$, from bottom to top and from left to right, respectively. Let $(i, j)$ denote the cell at the $i$-th row and $j$-th column.

Bash colors each cell red or blue, such that the bottom part forms a blue ‘staircase’ and the top part forms a red ‘inverted staircase’. More formally, Bash’s picture has the following properties: 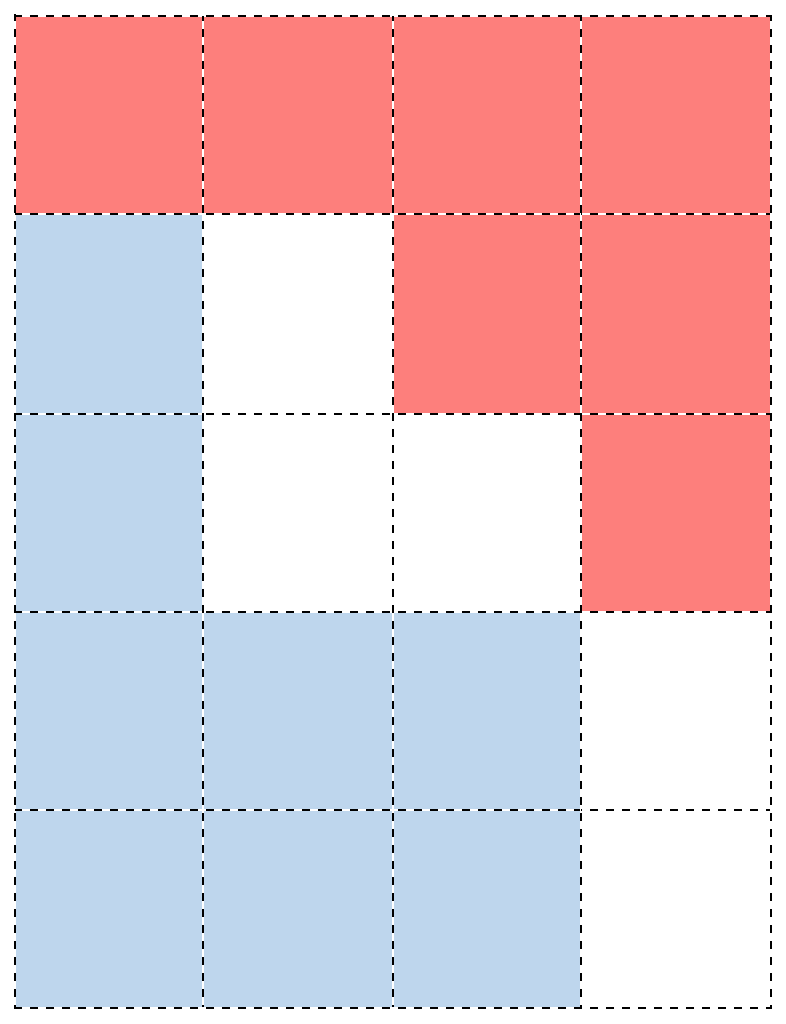 Below are three examples of invalid pictures:

Cee wants to know step-by-step of how Bash created such beautiful painting. Bash can not remember the order which he painted the cells, but Bash remembers that he always followed these rules:

Two integers $X$ and $Y_ m$ as described above. 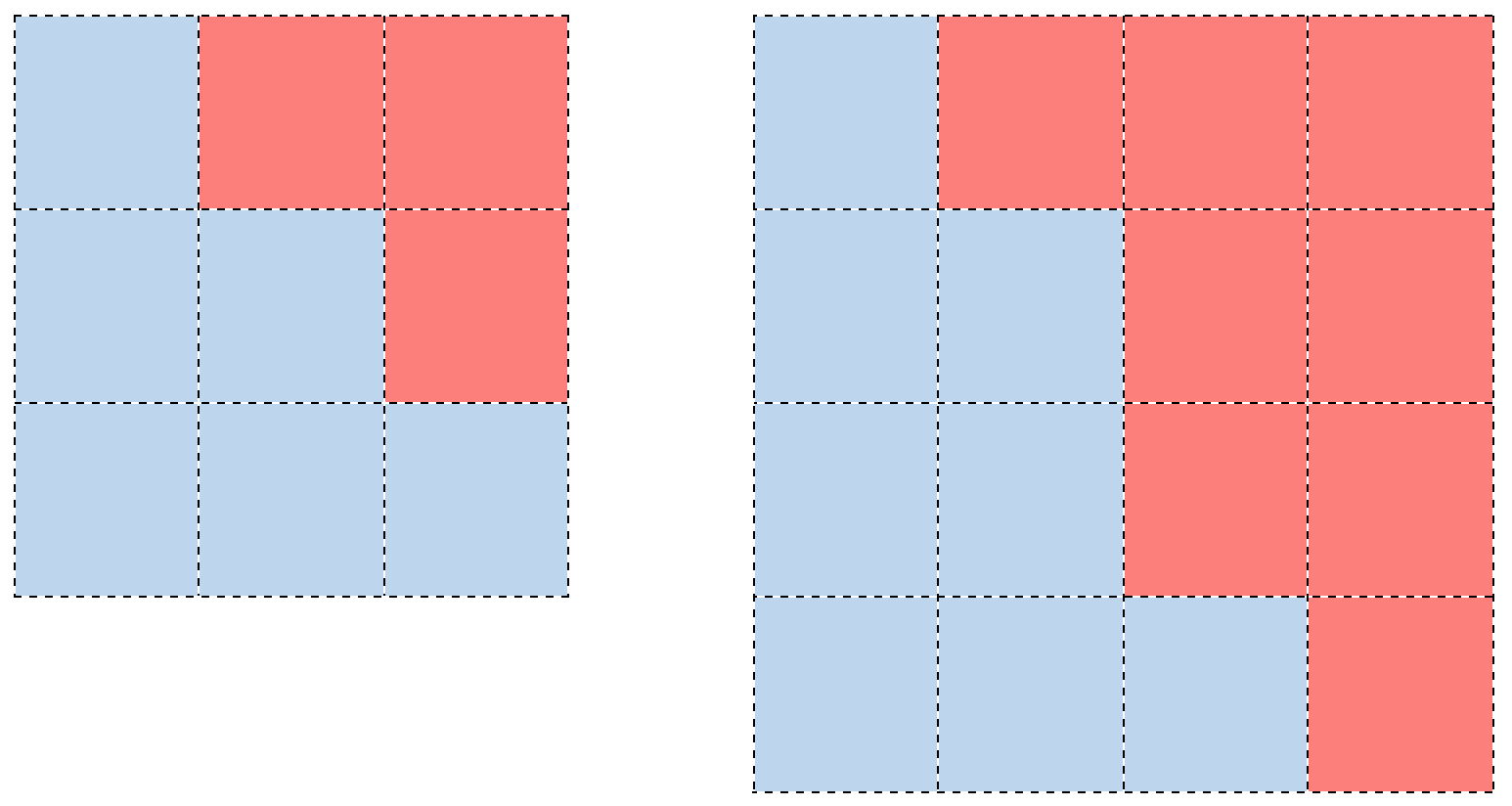 Please log in to submit a solution to this problem

You haven't made any submissions on this problem yet.